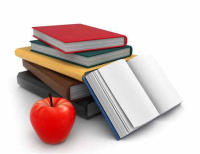 English is studied through works of literature, short stories, poetry and plays.

Shakespeare is popular and we have read five of his plays (Merchant of Venice, Taming of the Shrew, Julius Caesar, Macbeth and Hamlet). When possible we watch theatre and film performances of these works.

The short story lends itself to this kind of class (James Joyce, Somerset Maugham, Ernest Hemingway and William Trevor).

In January 2020, we welcome a visit from two Luxembourgish authors who write through the medium of the English language (Anne-Marie Reuter and Percy Lallemang).

This academic year has featured Shakespeare’s Othello and Steinbeck’s Grapes of Wrath. We have made a start on “The Penguin Book of the British Short Story - from P.G.Wodehouse to Zadie Smith”.

The class is reasonably democratic and if there are works you would like to study, requests can be considered!

The Intermediate English Language and Culture course is room 4206.

The car park is accessed from Avenue Pasteur.